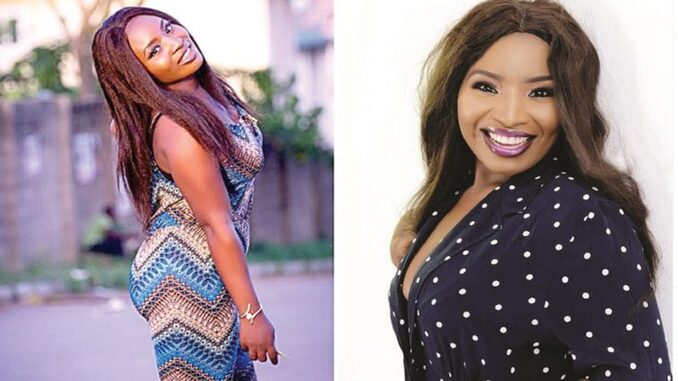 The Nollywood actress, Bose Oladimeji, disclosed recently why she wants her marriage of two years dissolved.

Bose revealed that her decision to seek divorce was because of the domestic abuse she has been subjected to over the years.

According to Bose, her husband beats and ra.pes her each time he comes home drunk.

According to Vanguard, she said: “Yes, I’m ready to go, in fact, I’m not with him right now. I just have to run for my life, my life is very precious to me.

“I can’t just allow someone to kill me like that and I want to address some ladies out there that they should not love a guy because of what he gives them.

“Whenever he’s drunk he’s out of his senses and starts misbehaving, beating me. He acts very crazy.

“He was taking good care of me and that was one of the reasons I fell in love with him. But what I found odd about him is the forceful way he has s3x with.

No foreplay, nothing, just to jump on me and forces his way through. No affection, no cuddling, no romance just brutal s3x.

I was r@ped like this most nights, and usually followed by beating and insults

“Any weapon he sees around he uses it on me but when he is sober he starts to regret whatever he has done.

What I’m saying is that in the process of beating me what if I collapse and die or get injured, what will people say?” Bose said.